Laurence T. Spring is Superintendent of the Schenectady City School District. Prior to coming to

Mr. Spring is an advocate for the disadvantaged and those living in poverty. He applies extensive experience using systems and data to uncover inequities and is leading the Schenectady City School District through systemic change so that race, economics and disability will not be predictors of student achievement. Since June 2012, Schenectady High School’s dropout rate has significantly decreased and the graduation rate continues to jump.

Mr. Spring has been a force in bringing the Community Eligibility Option program to Schenectady and ensuring that all students in the district receive free breakfast and lunch every day. The implementation and success of this program in Schenectady is used as a model for other districts across the country.

Shortly after arriving in Schenectady, Mr. Spring launched an aggressive campaign advocating for Schenectady’s fair share of New York State school aid. His work uncovered an issue of discrimination. Mr. Spring filed a federal complaint demanding that the issue be resolved. In November 2014, the U.S. Department of Education Office of Civil Rights informed Mr. Spring that the complaint will be opened and investigated.

Mr. Spring established the Schenectady Equity and Excellence Committee, comprised primarily of community advocates, to complete an equity audit, study disproportionality data and review policy. He charged the committee with the development and presentation of a racial justice report card and advising the district on all matters of equity.

Since coming to Schenectady, Mr. Spring has been recognized and honored by the Southern Christian Leadership Conference, the Human Rights Commission and Mediation Matters. In November 2014, Mr. Spring was honored by the New York Civil Liberties Union (NYCLU) with the prestigious Ned Pattison award. He continues to speak at many conferences and serves as an expert panelist regarding poverty and mental health issues.

Mr. Spring obtained a B.A. in History/Psychology from SUNY Geneseo, M.S. in Educational Leadership from the University of Rochester. He is pursuing an Ed.D from Vanderbilt University. He is an active member of the Schenectady community where he resides with his wife Karen and their two daughters. 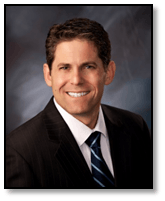