Gary R. McCarthy has served as Mayor since April 2011, bringing with him more than three decades of experience in government and a reputation as a hands-on, accessible, public servant who believes that government can be a force for positive change in the lives of its residents. He was elected to a second four-year term as Mayor in November 2015. 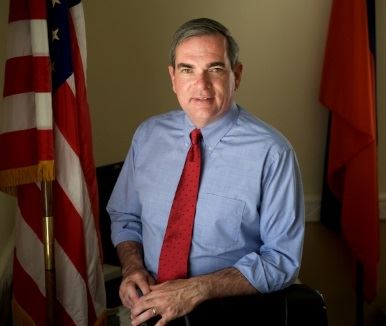 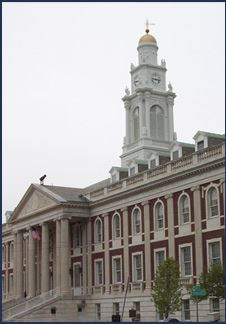 Mayor McCarthy began 2016 with the appointment of a Mayoral Smart City commission to take advantage of new technology for superior delivery of government services and improved quality of life. The Schenectady Smart City Advisory Commission is led by Mark Little, former Chief Technology Officer (CTO) and Senior Vice President/Director of GE Global Research, and is working on a variety of technology and sustainability initiatives. 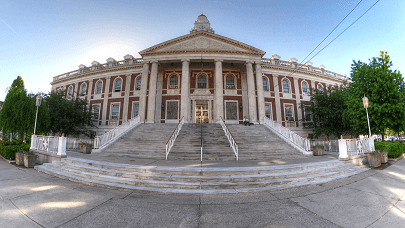 A 1974 graduate of the former Linton High School, Gary went on to earn his Associates Degree from Schenectady County Community College and then continued his studies at the University at Albany.

He began his professional career taking a job in 1981 as an Investigator in the Schenectady County District Attorney's Office. In his 30 years on the job, Gary partnered with his colleagues and helped to convict hundreds of violent predators and career criminals.

Gary served on the Schenectady City Council from 1996 through 1999 and then rejoined the City Council in 2005. Gary was elected Council President in January 2010, a position he held until elected Mayor. Gary has also served on community boards including Metroplex, Schenectady Municipal Housing Authority, Schenectady Industrial Development Agency, and Schenectady Access Cable Council (now Open Stage Media). Gary was part of the team that helped rethink the way that Metroplex and the myriad of others focused on economic revitalization did business.

Together, a team of city and county leaders created a unified economic development strategy under the umbrella of Metroplex, and the results have been impressive. Since 2004, Schenectady has undergone a renaissance. An expanded Proctors Theatre now hosts large scale Broadway shows in the heart of a reinvigorated downtown. We have welcomed a new hotel, cinema, restaurants, high technology companies, a YMCA, cafes and loft housing in our resurging downtown. GE has added over 1,000 jobs and major technology companies, such as Transfinder, have expanded in Schenectady. In the last several years, including the recent announcement of the $300 million investment of Rivers Casino and $150 in Mohawk Harbor, our community has brought in over $1 billion in new investment.

As Mayor, Gary has been committed to bringing the same transformation seen downtown to the neighborhoods. Mayor McCarthy has brought a continuing and consistent focus on code enforcement and distressed properties. Building on successful neighborhood Code Enforcement sweeps and a new partnership with the Center for Technology in Government (CTG) which looked at Schenectady’s Code Enforcement practices, Schenectady is now the lead awardee of a $558,002 New York State Department of State Local Government Efficiency Grant to partner with Amsterdam, Troy and Gloversville in a pilot program to combat blight and better manage distressed properties.

Understanding the importance of quality of life, Gary established the award-winning Homeownership Made Easy in Schenectady (HOMES) Initiative and worked with Senator Schumer to secure a $3 million HUD 108 Loan for blight removal. HOMES focuses on showcasing the housing opportunities throughout Schenectady through partnerships with nearly two dozen partners including banks, realtors, and contractors. Additionally, as part of the HOMES Program, many city-owned properties are being professionally marketed with a focus on attracting owner-occupied buyers. Schenectady is setting a national example as the first to use the 108 Program primarily for spot blight removal. CTG found buildings slated for demolitions can, on average, generate expenses for a municipality in excess of $65,000. This program removes hurdles for new investment while providing long term savings for the City and improved quality of life for the neighborhoods.

Gary has worked to stabilize the City’s finances following difficult times caused by the housing bubble and meltdown in the mortgage market. Standard and Poor upgraded Schenectady’s Bond Rating to A with a Stable Outlook last year and Moody’s has removed its negative outlook citing the City’s improved financial and liquidity position, favorable sales tax trend, and strong fiscal management.
Fiscal Year 2014 was the third consecutive year to end in a surplus and the total property tax levy is lower in 2015 than it was 3 years ago by about .72%.

Mayor McCarthy and his wife Caroline Boardman McCarthy reside in the City of Schenectady. 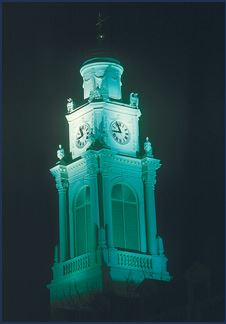