Tom Wilson graduated from Utica College of Syracuse University with a B.S. in Construction Management. His building career began with Bovis Lend Lease, a large international construction management firm, where he worked in Ithaca, New York City, Los Angeles, and San Francisco and, over the course of 16 years, rose to the position of Vice President. While in California, he was privileged to take a major role in a number of cutting-edge design and construction projects including the construction of Underwater World at Pier 39 in San Francisco Bay, a 700,000 gallon aquarium with the first moving walkway in the United States, and the famed Binocular Building in Venice, California, designed by world-renowned architect, Frank Gehry, and artist, Claeus Oldenburg.

Tom’s commitment to family brought him back east, where he founded TW&A Construction Management, a full-service construction management firm. When starting TW&A, he modeled the Company’s core values after his own: integrity, dedication, enthusiasm, and fun. Today, TW&A’s mission is to “making building easy” by providing each client with high-quality, pro-active construction management services. Thirteen years later, Tom is proud of the role that he played in helping to rebuild downtown Schenectady, and that TW&A is still working for its first two clients.

Tom also volunteers his time to a number of organizations. He participates on the Utica College Advisory Board for Construction Management. Tom also is active with the Spina Bifida Association of Northeastern New York and the Schenectady Mission, where he helped establish their Ambassadors Program. 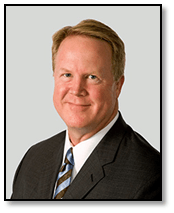